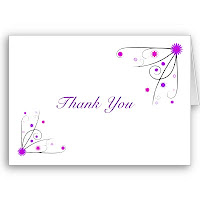 …..What I hadn’t so far been asked is who does one turn to if one wants someone to conduct  a non-religious funeral. This is hardly surprising as people don’t plan on dying, or have friends or relatives snuff it when they are on holiday, or have just moved to Spain.
Had the question arisen last year, I would have been lost for an answer.
I am, of course, fully aware of the steps one has to take to  organise a secular funeral in the UK where such services are provided in the main by the British Humanist Association, but here on the Costa Blanca …?

Fortunately, I now know that non-religious funerals do take place here, and are growing rapidly in popularity. Unfortunately, it took the sudden death of a
friend on January 2 for me to embark on some research into the subject.
Kenny, 48, and his partner of 15 years Scott came to settle in Benidorm in the same month as I did, and I got to know them well as we had banded together into a small group of fitness enthusiasts who travelled each week to a gym in the neighbouring town of Albir.

Scott conducted some of the training sessions, and Kenny – along with a few friends - would always join in. A non-smoker involved in the private health-care sector, Kenny was great company, and a deeply-caring individual.
So you can imagine what a shock it was to us all when he suffered a devastating stroke on New Year’s Eve and died a day later.
The funeral was conducted at a stunningly beautiful crematorium set on a hillside on the outskirts of Benidorm by a Church of England clergyman.
With all due respect to Scott, and the families of both men, I have to say that the lengthy service was dire – except for the two uplifting  tributes paid to Kenny by his brother and a close friend.
Immediately after the funeral, I made it my mission to discover what facilities were available to anyone wanting to arrange a non religious send-off for a relative or friend, and within hours was in contact with Susan Coley, an ex-pat Brit now living in Javea.
Susan, a Humanist who has enjoyed a lengthy career as a public speaker and Wedding Planner, runs a website called Celebrant Costa Blanca (http://www.celebrantcostablanca.com/) and I was delighted to hear from her how great  a demand there is in this part of Spain for secular funerals, as well as for marriages and baby-naming ceremonies.

Ever since gay marriages were legalised in Spain (much to the annoyance of the
Catholic Church) her services have been in great demand among same sex couples.

Of course, it came as no surprise to me  that people like Susan are providing secular services in Spain, given the enormous social  changes that have taken place in the country since its hasty retreat from the horrible Franco era it had to endure for so many decades.

It’s just a pity that it took the untimely death of a friend to make me realise that, as in other aspects of life, Spain has joyfully embraced the idea that it can conduct its affairs free from the influence of religion, and that people like Susan are out there demonstrating how wonderfully well funerals can be used to celebrate the life of someone no longer with us.
Website: http://www.freethinker.co.uk/

All written especially for you

Costs vary according to your requirements, time and travel.